Tickets and guided tours for visiting the museums of Turin

The city of Turin offers to visitors more than 40 museums, some of which are of world importance. Do not miss to visit: the National Museum of Cinema housed in the building of the Mole Antonelliana, the symbol of Turin, which with its 167 meters is the highest museum of the world and the Egyptian Museum, second for importance and quantity of pieces after that of Cairo. Tourists who have some days to stay in Turin, can also visit the new Royal Museums Complex (Royal Palace, Royal Armory, Galleria Sabauda, ​​Royal Library, Archaeological Museum); the Palazzo Madama, the MAO, the Oriental Art Museum of Turin, the GAM (Gallery of Modern and Contemporary Art) and, just a few kilometers outside Turin, the castle and gardens of La Venaria Reale another Royal Residence of Savoy family.

With the Torino + Piemonte Card you will have the opportunity to visit more than 180 cultural sites of Piedmont and to use the touristic and public transport of Turin for a period of 1,2,3 or 5 days. Available throughout the year, it is on sale at the Tourist Office at prices between 15 and 51 Euros.

Offers to visit the museums of Turin »

Information on the main museums of Turin and the Royal Recindences 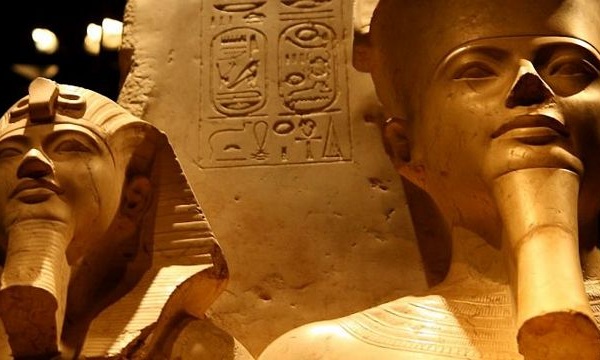 For the importance of its archaeological pieces, the Egyptian Museum of Turin is considered the most important in the world after that of Cairo. The collections of the museum, of great historical value, cover a period of more than 4000 years and make accessible to all the knowledge of the Egyptian civilization, one of the most fascinating of the past.

Offers to visit the Egyptian Museum » 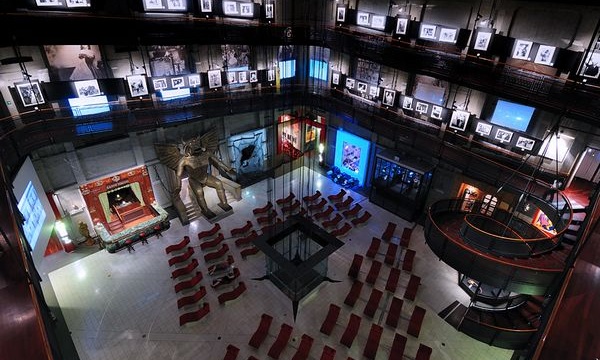 The National Museum of Cinema is hosted in the Mole Antonelliana, the symbol of Turin, and offers a rich collection of pre-cinematic optical equipment (magic lanterns), material of old and modern films, movie posters, costumes and other national and international memorabilia.

In the Mole Antonelliana a glazed elevator climbs inside the gigantic dome up to the panoramic temple 85 meters high, from which you can have a magnificent panoramic view of Turin and, with favorable weather, of the Alps.

Offers to visit the Museum of Cinema » 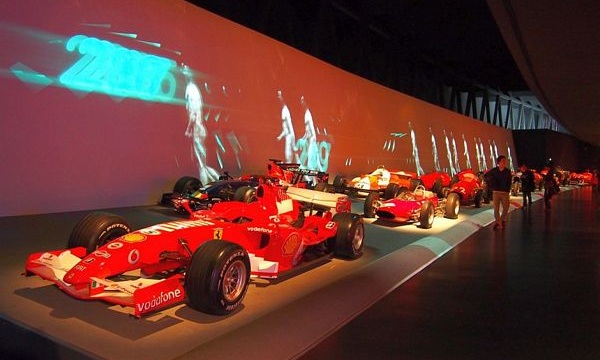 The National Automobile Museum of Turin, unique in its kind in Italy, reopened to the public on March 20th, 2011, completely renovated and with a new visiting route that tells the story of the car and its transformation of means of transport to object of worship, from the origins to the contemporary evolution of creative thought, retracing all stages of modern society. The new National Museum of the car of Turin, with the staging created by the architect and scenographer François Confino, is not only addressed to those who love engines but has been designed in a modern and innovative style adapted to a large number of heterogeneous visitors. 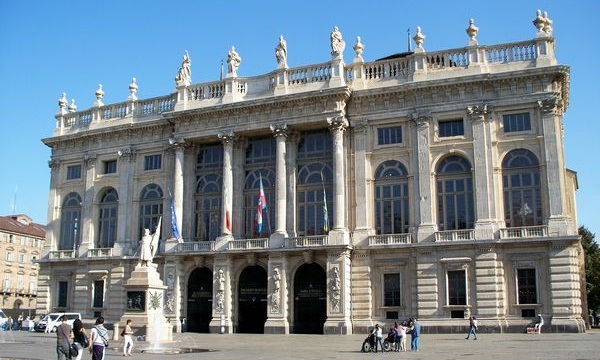 Palazzo Madama is the synthesis of the history of two thousand years of the city of Turin. From the Roman gate (called Decumana) it became a medieval fortress and, after. the castle of the princes of Achaia in the fifteenth century. The facade, built in 1718-21, with the masterpiece of the staircase, is one of the most fascinating achievements of european baroque. Now containing the Civic Museum of Ancient Art, with a very important exhibition of works including: ancient sculptures, an art gallery and a vast collection of porcelains. 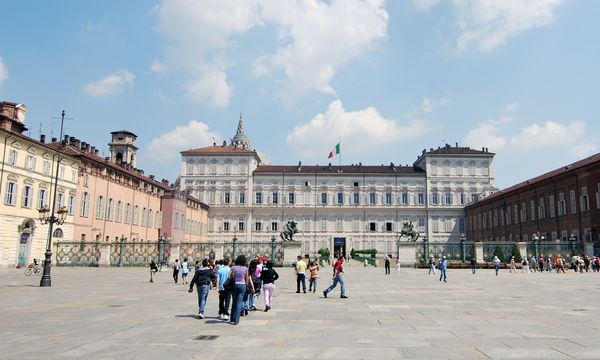 The Royal Museums Complex of Turin (Polo Reale) combined in a unique architectural placing among the most important museums of the city: the Royal Palace, magnificent example of the architecture of the 17th century, residence of the kings of Sardinia until 1659, then of Vittorio Emanuele II until 1865; the Royal Armory, one of the richest collections in the world of firearms, white weapons, precious mediaeval pieces, Napoleonic relics and armor belonged to the kings of Savoy; the Galleria Sabauda, ​​one of the most important Italian art galleries; the Archaeological Museum with its important finds of the region which offers through a recently renewed visit route and the exhibition of thousands of pieces, a wide panorama of Piedmont's archeology and other ancient civilizations in Italy, from prehistory to the Middle Ages, and the Royal Library which gathers mainly the history of the Savoy' states and the historical sciences and that is made extraordinary by the presence of thirteen autographed leaves of Leonardo da Vinci, including his famous self-portrait.

The ticket office to access to the five museums is located inside the Royal Palace. 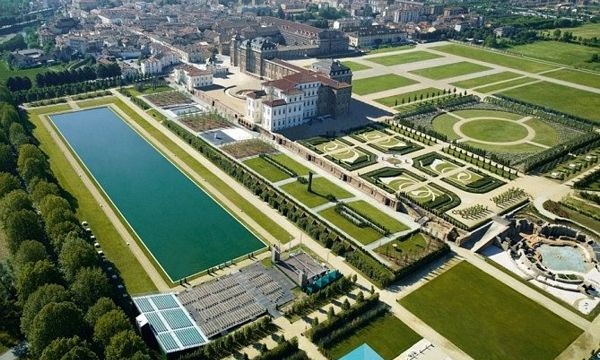 The castle and the gardens of La Venaria Reale

The castle of La Venaria Reale reopened in October 2007, having suddenly a huge success. Indeed, in recent years, the number of visitors to the castle has increased more and more, as long as it has obtained the 5th place in the list of Italian cultural destinations preferred by tourists. 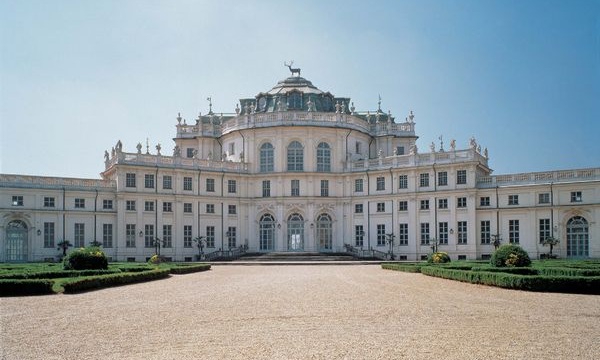 Located 10 km from the center of Turin, the Hunting Lodge of Stupinigi is a baroque masterpiece designed by the architect Filippo Juvarra, which is the most valuable element of the "Corona Delitiae", which is the whole of the residences of the house of Savoy built around Turin and classified by UNESCO World Heritage of Humanity. Construction began in 1729 and continued throughout the 18th century. The Hunting Lodge od Stupingi complex consists of 137 rooms and 17 galleries; the artistic heritage includes works of the eighteenth century: frescoes, paintings, furniture, objects and sculptures of great value.

After 6 years of restoration, you can visit 20 rooms of the royal apartments and the central living room.

For information and reservations of guided tours:
phone +39.011.0133073,
email: biglietteria.stupinigi@ordinemauriziano.it


Museum of the Risorgimento

The Risorgimento Museum of Turin reopens its doors to the public from March 18th, 2011, with a completely renovated exhibition divided into 30 rooms, where visitors can admire 2400 pieces selected among the more than 50.000 preserved. The museum is located in Palazzo Carignano, a few steps from the Egyptian Museum.

naugurated in 2008, in the Museum of Oriental Art in Turin has presently more than 1,500 works from different countries of Asia. It consists of 5 sectors: South Asia, China, Japan, Himalayan Region and Islamic Countries.

The museum is located in Palazzo Mazzonis, at N°11 of Via San Domenico.

Created by a group of artists on the occasion of the international exhibition of 1884, the medieval village of Turin is a remarkable example of edifices and decorations of the late Middle Ages. In the village streets, houses, squares and fountains were inspired by the artistic and architectural features of more than 40 buildings from Piedmont and Valle d'Aosta, dating back to the 15th century. The castle overlooking the village, reproduces rooms and the garden of a noble residence of the fifteenth century.

Founded in 1936, the Museum of the Shroud traces through the exhibition of three-dimensional images, large photographs and explanatory documents, the research conducted since the '500 to understand the origin of this mysterious cloth. The museum also houses the silver shrine and hard stones of the sixteenth century, where was held the Shroud until 1998.

The Shroud Museum is located at Via San Domenico N°28. For more information call +39.011.4365832 or visit the official website www.sindone.org.

In the basement of the Basilica of Superga, a masterpiece by the architect Filippo Juvarra, you have access to the royal apartment and to the crypt, which houses the remains of the kings and queens of the Savoy family, from Vittorio Amedeo II to Carlo Alberto. The Basilica of Superga is one of the most famous churches of Turin. Located at the top of the homonymous hill, 672 meters high, it offers a breathtaking panorama of the city and the province up to the Alps. Join the Basilica of Superga by bus or by car across the street leading to the hill or by the funicular "Sassi - Superga" (see tourist services in Turin).